On the 7th of December 2017, the MoQoS project held its first stakeholders´ workshop aimed at measuring the so-called Quality of Service of high-speed Internet using the crowdsourcing method.

The main aim of the workshop was to introduce the MoQoS project (Open crowdsourcing data related to the quality of service of high-speed Internet), implemented under the Connecting Europe Facility, andto offer the Member States not participating in the project the possibility to use its outputs. At the same time, it introduced and discussed the current trends in the QoS measurement.

The representatives of 11 national telecommunication regulatory bodies from Europe were presented the entire framework in detail for the QoS measurement, which consists of a mobile application, web test and hardwareprobes. The test performed via a mobile application enables a verification of 79 criteria arising from the BEREC recommendations for QoS measurement. From the start of the implementation, there were more than 700 000 measurements performed via the OpenNetTest application and its national implementations in the Czech Republic, Slovakia and Slovenia. On average more than 8 tests are performed each minute. Part of these data is then published on national open data portals and on the European open data portal.

The regulatory bodies were very interested also in the hardware probes based on the Turris routers, which enable us to perform smooth measurements on end points up until the speed of 1 Gbps, both on the IPv4 and IPv6 protocol. The added value of these probes for the user is the protection of their home networks, esp. via automatic security updates.

Last but not least, the workshop contained a discussion about the possibility of linking open data and their use, e.g during the increasingly more popular hackathons. The research from Great Britain in this regard shows that for those interested in buying a new house, the speed and quality of the Internet connection is more important than the local criminal rate and that they are willing to pay EUR 6 000 more for a house connected to the high-speed Internet. 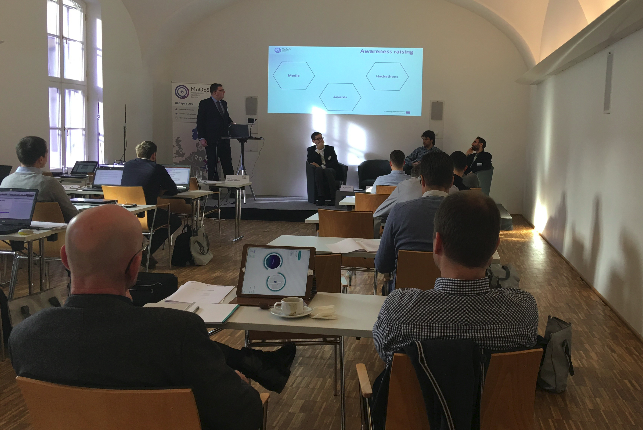