Ten years ago, mojeID, an authenticated online identity service, was launched. This happened after a three-month trial run and about a year after the announcement of the intention to the local online community. For me personally, October 26, 2010 was only my 42nd day in CZ.NIC, where I was brought by a somewhat mysterious-looking job advertisement promising, among other things, a chance to witness the infrastructure of the Czech Internet being formed. From the very beginning, MojeID has been associated with great expectations and from today’s point of view it can be said with a little exaggeration that we were ahead of our times with it. But let’s get back to that later.

Like any startup, at the time mojeID faced the typical dilemma of “which came first: the chicken or the egg?” Service providers were reluctant to introduce mojeID because it has not yet had a user base, while users postponed registration until support of mojeID becomes available with attractive services. At the very beginning, users were targeted by a campaign personified by the fictional character of Aleš Mokrý – spot 1, spot 2, spot 3 – famous for the [Good domain] campaign (https://old.dobradomena.cz/), which scored in industry polls a year earlier, while contacts with potential partners from the ranks of service providers were to be mediated by a sales representative – probably the first of its kind in the association. This honor came to me, and rather than business, back in the day it was missionary work — exciting, inspiring, and fun.

Technically, mojeID is based on the OpenID 2.0 standard, so it was often called “OpenID in a Czech dress”. But from the outset, its mission was much more than just making it easier to sign in to various online services. The added value of mojeID consisted in user authentication, starting with verifying contact information (e-mail address, mobile phone number, delivery address) and ending with overall identity verification. Our idea was that with every login to a service, information on the user’s authentication level is also transmitted, enabling the provider to adjusts the range of services available to the given user. We had a vision of a better, more sophisticated Internet, but the market at that time was not yet ready for such a vision to become a reality. Surprisingly, service providers at the time had problems in completely different areas than we could solve with our service. Owners of e-shops and discussion forums listened to our offer to solve their problems of shipment failures and false identities with interest, praised us for doing a useful thing and returned to their SEO and PPC campaigns.
So we ended up with established infrastructure, complete motorways, paved sidewalks… and for a while it looked like we were going to have to accept letting them be grassed over. Or try to find another use for all of this, hoping that in time a service will emerge that will harness the potential of mojeID in all its complexity.

So we went back to our roots and started to promote mojeID as a service to facilitate registration for new services and thus increasing their conversion. We thought that such an offer would better attract providers, especially those focusing on SEO and PPC. However, we were still completely uninteresting for the big online players at the time, and we were unable to reach out to enough of the small ones in a short period for it to have a comparable effect. Therefore, we had to find Normandy, that is, the most suitable place to land on the otherwise rocky Atlantic coast for effective penetration into the “hostile” territory.

We decided that the issue of conversion will get the warmest reception in the segment of online retailers (at that time numbering between 10 and 30 thousand entities, according to various sources), so in the next phase we focused on them. We contacted all large domestic suppliers of e-shop solutions and established cooperation with many of them. To cover as much of this segment as possible, we also created plug-ins for the most common open source e-shop platforms, which we offered for free download. We started to attend the relevant conferences and sponsor community meetings.

The result of this effort was support for logging in via mojeID in several thousand small e-shops (but not all of them activated this feature), but one more important detail was still missing for a more massive expansion: users – after the first year of operation, mojeID had only slightly over 20 thousand users and the growth of the user base accelerated very slowly.

It was clear that it is difficult to run an identity service without users. Therefore, in the first half of 2012, we took a step that was absolutely crucial for the further development of mojeID. We launched an incentive program for service providers, the principle of which was relatively simple: implement mojeID, bring us users, convince them to verify their data and get a commission for it.
Most of the participating providers quite correctly assessed that they would get more conversions if they shared part of their commission with users, so for some time, the online space was flooded with the offers of e-journal subscriptions, access to otherwise paid-for sections, increasing free storage capacity, but also discount coupons, wristbands, flash drives, powerbanks or competitions with various prizes. In the same year, the mojeID user base grew by almost 100,000 new members due to the incentive program, and the following year the total number of mojeID users climbed to almost 300,000.

In addition to the growth in the number of users and the services supporting mojeID involved in the program, the incentive program also had a major impact on mojeID brand awareness, which was ultimately reflected in a greater willingness to start dealing with us on the part of large online players. In the following years, mojeID gradually expanded, for example, to the largest domestic e-shops starting with Alza and CZC, or media houses, such as Nova, Mafra and Mladá fronta. Since 2013, mojeID has also been used as a tool for verifying contacts in the domain registry, which has contributed to its further development.

Long story short, the mojeID service started to take off. However, we were still impatiently anticipating the arrival of services that would be able to use its full potential, i.e. to work with the verified identity of users in some way. The first services able to do that were Jízdomat, Votočvohoz and Hlídačky. Although the services were completely different in type (carpooling, community second-hand goods sale, babysitting), they had one thing in common: in order for a new user to start using all the features and benefits, they first had to reach a certain level, gain some “karma”, typically through positive references. But how should a new user perform the first transaction necessary to obtain the first reference if they do not yet have any positive references? Identity verification via mojeID has become a basic level of trust ranking for all the mentioned services and thus solved the problem of new users.

Over time, the number of services working with a verified identity of users has gradually increased, either in connection with the online sale of age-limited goods, or for example with the need to verify the identity of people commenting on news articles, or to check the place of residence when voting on the participatory budget.

It was a success! We saw the first signs suggesting the fulfilment of the initial vision of mojeID. And even though in the beginning, the attempts to use verified identities were rather tentative, it was a confirmation to us that we were heading in the right direction – albeit a few years before anyone could really benefit from it.

The best is yet to come

Today, mojeID has almost 700,000 users. In addition to e-shops, media and community websites, it has also been used, for example, in library booking systems, portals of cities and municipalities and in a number of other Internet services.

An early gift for the 10th anniversary was this year’s acquisition of accreditation from the Ministry of the Interior for the management of a qualified electronic identification system. Simply put, this means that mojeID is now a state-recognized “identity provider”. This allows all mojeID users to easily access the state’s online services, while having their identities verified through public registries and thus ready for use with any commercial service that implements this convenient way of identity management. 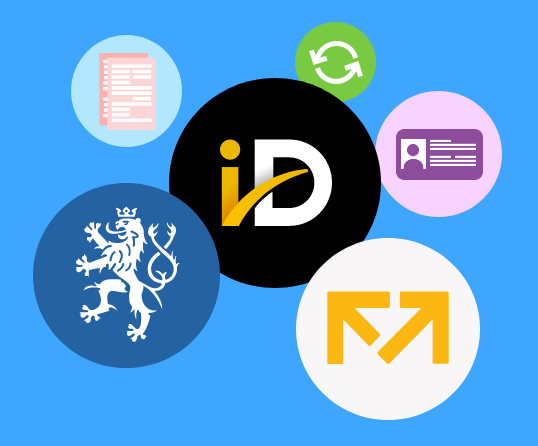 If the first ten years of mojeID were an incredible ride, I can’t even imagine what awaits us with mojeID in the next decade. I wish mojeID all the best for the years to come and it is an immense honor that ten years ago I was given the chance to witness the infrastructure of the Czech Internet being formed.