In mid-February we informed about Reducing TTL in the .cz zone by one hour. Then, at a similar hour every Wednesday, we reduced it by another hour, until on March 15, 2017 we reached the required value of 1 hour (i.e. TTL=3600).

We reduced the TTL at the following times:

As a precaution, we reduced TTL in one-week intervals, as a major change by 4 hours could bring about a more pronounced increase of queries at the time of expiration of cache records on recursive DNS resolvers. A gradual reduction enabled us to continuously monitor the impacts of the change on the operation and, where appropriate, to adapt the next steps to the observed impacts. We have been long collecting all the data about the DNS traffic for our system, thanks to which we are able to retrieve not only summary statistics, but also data on individual DNS requests.

Interesting facts:
On average, all the anycast DNS servers, both in the Czech Republic and in foreign locations, serve around one billion requests per day (as of March 2017).

Let’s take a closer look at DNS traffic. By DNS traffic we mean the DNS queries from the DNS servers to a query name (QName) along with the query type (QTYPE), and related response with the return code.

The most commonly occurring query types from our statistics for March 2017 are shown in the following chart. Just as a reminder: 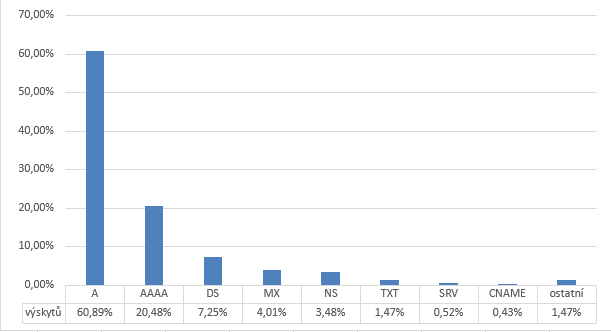 The most common return codes in response are: 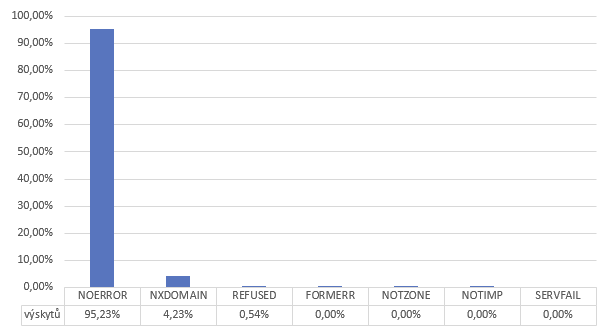 Every day approximately between 2:50 PM and 5 PM, we register a distinctive increase in DNS queries returning the response 3 – NXDOMAIN. 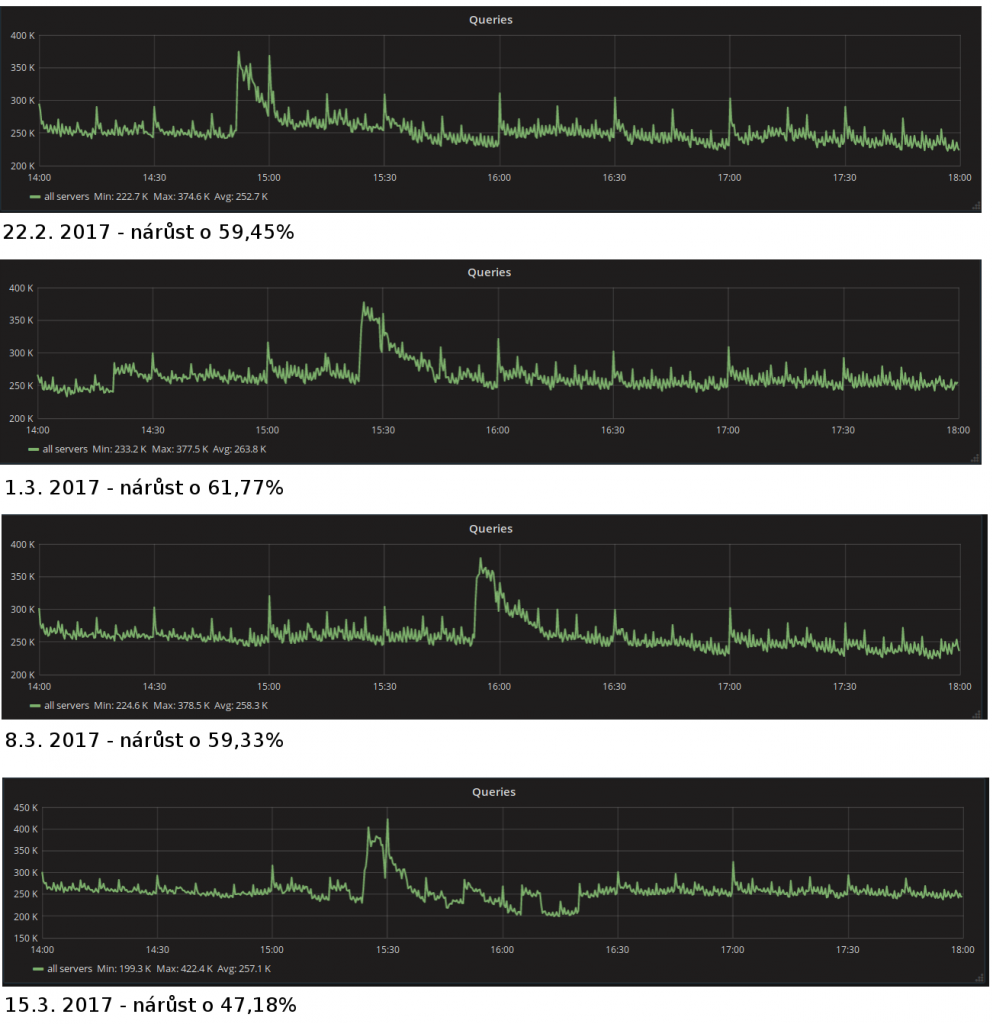 We also observed an increased number of NXDOMAIN responses – responses to DNS queries for non-existent or expired records. These may have been caused by DNS resolvers without using the cache.
The graph below shows surges in NXDOMAIN, lasting 15 minutes according to the configured NXDOMAIN TTL.

However, from the long-term perspective, the change of TTL had no significant effect on the DNS traffic. The short-term increase in the number of DNS queries on the servers matched our expectations; it was neither radical nor nonstandard.

By reducing the TTL, we have achieved faster changes to the delegations in the registry that will be soon notable on both authoritative DNS servers and DNS resolvers. The currently set TTL in the .cz zone can be verified using the command $ dig +multiline soa cz, or online, for example on http://www.webdnstools.com/dnstools/dns-lookup.