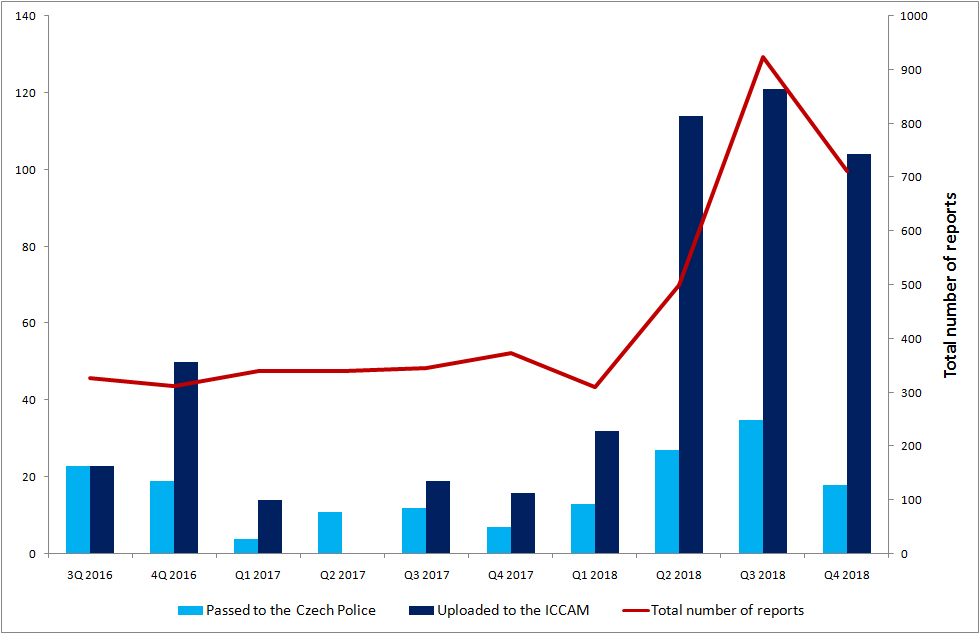 The main cause of the increase in the number of reports was the May termination of police hotline, from which the visitors are now redirected to STOPonline.cz.

Of the total number of reports, only a relatively small share (roughly 1/8) is connected to child pornography, but the total number of such reports and their seriousness is significantly increasing, which is illustrated by the number of cases (often hosted abroad) reported to the ICCAM international database operated by INHOPE together with INTERPOL. While we reported 49 sites to the database in 2017, last year it was already 371 cases.

A similar share to that of child pornography reports is taken up by reports of child nudity, which our colleague Kateřina Vokrouhlíková aptly describes as “pictures on the Internet that were uploaded by people with the intention of ​​showing everyone whata beautiful family and cute children they have. Unfortunately, there are people out there who look at these photos and see something else than cuteness, which instantly makes a seemingly harmless child picture into a pornography content.”

In the statistics created according to the international methodology, most STOPonline.cz reports fall under “Other content”, which includes inappropriate comments on social networks or alerts on fraudulent e-shops, which are increasing especially during the pre-Christmas season. 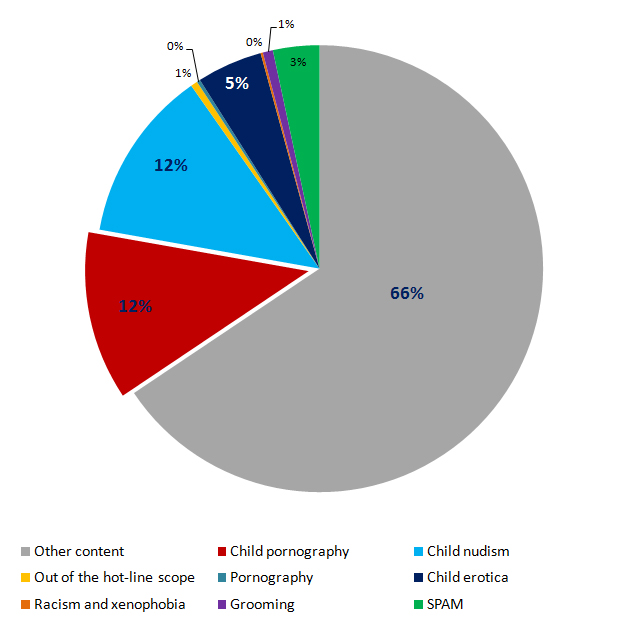 Let me conclude with some more numbers associated with illegal content in form of the latest (2017) statistics showing the share of countries in child pornography hosting (CSAM) where the Czech Republic ranks with less than 1% among the most successful countries. On the opposite side of the spectrum in Europe, there are Netherlands (51%), France (18%) and Sweden (10%). The great results the Czech Republic in this respect are partly due to the excellent cooperation with the individual ISPs, which makes it possible to remove some cases of child pornography hosting within a few hours of the report.