Since the beginning of the Turris project, we have been very happy for the opportunity to cooperate closely with our community. Without it, the project would not have been where it is now. It was largely the interest of potential users that pushed us to start a campaign on Indiegogo and, again, it was the community that enabled the campaign to become so successful. This success also helped to significantly broaden the community of users and expand it from the Czech Republic to the world.

I joined the Turris team during one of the fast sprints of the campaign and since then I have been trying to bring the whole product and its development closer to the community. It is not ideal yet, but we are slowly taking baby steps towards each other. We are cleaning up and polishing the forum, refining and improving the documentation, opening new communication channels; we go to conferences and open source meetings where we meet new Turris enthusiasts and establish interesting and important partnerships. But let’s talk about it next time. Today, I’d like to tell you about the first Turris hackathon we organized. You can find snippets from the event on Twitter under #TurrisHack17.

Since we in Turris team have never organized a hackathon, we have used the experience gained from participation in similar events and the huge know-how of our CZ.NIC Academy team that has organized conferences, workshops and also less formal events. Still, we decided that the first meeting should be conceived as a smaller, “family” and home-based one, but including all the service.

So we met on 16th July 2017 at 3:30 PM and after a brief introduction, the Turris team members tried to introduce to the community developers the two important parts of Turris routers development: how to create packages for Turris and how to create plugins for its web interface Foris. Both lectures by Michal Hrušecký and Štěpán Henek will soon be available on YouTube in Czech with English subtitles.

Then there was a coffee break, a discussion about the projects, and split into teams. The teams were as follows:

-The Bigclown team with a clear intention to improve support and integration of the BigClown HW in Foris. Mainly HW developers Karel, Pavel and Dan from the BigClown company were joined by Jirka, who significantly helped them with the front-end.

-The UPS team with the aim to develop a unique backup power source for Omnia, which fully communicates with the router represented by the passionate tinkerer and informatics teacher Jarda and the Turris developer Karel.

-A longtime fan of Turris, experienced Python developer and Linux geek Jethro decided to partially cooperate with the UPS team, but mainly deploy the support of low-cost NRF24L01 wireless modules on the Omnia.

-The team of one of the most active long-time members of the community and a Linux admin Ondra with the chief package maker of Turris OS Michal decided to port Btrfs and schnapps tools to Turris 1.x.

-Martin, experienced with Python, Django, and Javascript, worked on a disk drive mounting service in Foris.

Stylishly at 18:18, we launched 24 hours of development, during which I tried to give frequent reports on Twitter. Each team had plenty of ideas for their solution, yet everyone started coding very quickly. Jarda surprised everyone when he pulled out of his small bag not only some components and lead batteries, but also a soldering tool and quite a few other tools. It was very nice to see one of our mottos “I love hardware” resonating at the Turris hackathon. You can see it for yourself in the photo gallery.

As the time went by, signs of slight fatigue started to show. Some napped for a moment, others went jogging around the night Prague by the Vinohrady and Olšany cemeteries. According to the participants, it was a real zombie run. The main driving force was two special drinks. The Club-Mate and, above all, Carcara Fizz. This unconventional and natural “energy drink” worked much better than RedBull and the sort. Well, it could be because the participants are not used to it.

By the early morning, the fruits of the development work started to take shape and we all were still in a good mood; we tried to complement the atmosphere with appropriately themed music. By the way, do you know SUSE songs? Of course, there was a constant supply of food and drinks, because a powerful developer needs a lot of fuel.

A few hours before the finish, I expected a slight developers’ panic over not being able to complete the projects in time, but nothing like that happened. At the end, everyone finished safely half an hour before the time limit, even though the goals were really ambitious!

The clowns have done a tremendous amount of work and their linking of HW with the Omnia will be soon significantly simpler. The almost impossible task of porting Btrfs and Schnapps to older Turrises was very successful. And thanks to the filesystem had been moved to the microSD card, our original routers got a new lease of life. And definitely not the last one! For a very tempting price you will be able to build a special UPS that can notify of changes in power supply or battery discharge in Foris also by mail, and a home automation platform on the NRF24L01 standard. Simple control of the storage connecting will make the daily use of Turris routers easier.

After the presentation of the finished creations, we went to a nearby restaurant for dinner and a short, relaxed talk about the results. One would be surprised by how beautifully creative everyone can be after a successful completion of the tasks, despite having more than 24 hours of work behind them.

So what are our thoughts about the first Turris hackathon?

Firstly, that it was definitely not the last one and soon we will do another, bigger and international. Most likely, it will stay uncompetitive, because the atmosphere we managed to create was very enjoyable and we would like to experience it again. Our estimates of drinks and snacks are more precise now and next time we will prepare something special and untraditional again. We will make more room for power naps. We will put more effort into promoting the event and making sure it does not collide with other open source events. This time, our event coincided with the OSS weekend in Bratislava and it was too late to change anything. And above all, we will speed up and simplify the transfer of work results and its delivery to all users. You can look forward to the most of the mentioned results in the following weeks in Turris OS 3.8. The tutorials will be also added to our wiki over the time.

Once again, I would like to thank all the participants: you were amazing! I also thank the developers from the Turris team who have significantly extended their working hours to assist the participants and as well as the CZ.NIC Academy team. Without their huge help, we couldn’t have done it.

Long live the router and I believe we will see you at the next hackathon!
#WeBelieveInOpenSource 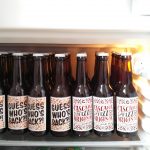 Well prepared for a long night 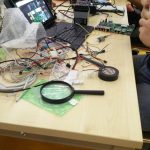 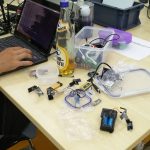 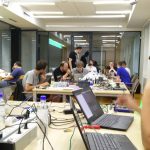 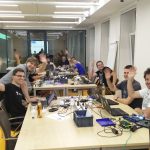 Good mood even in the middle of the night 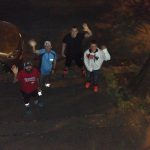 Runners for the energy 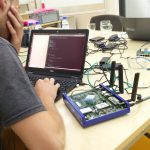 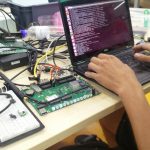 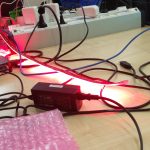 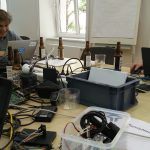 Enthusiasm before the finish 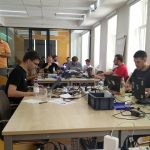 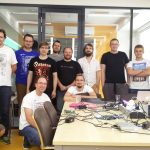 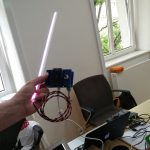 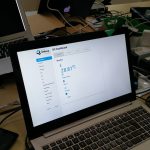 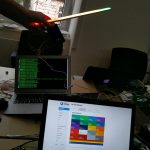 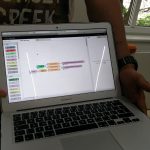 Flows definiton for BigClown in NodeRed 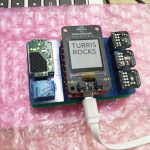 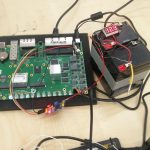 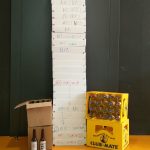